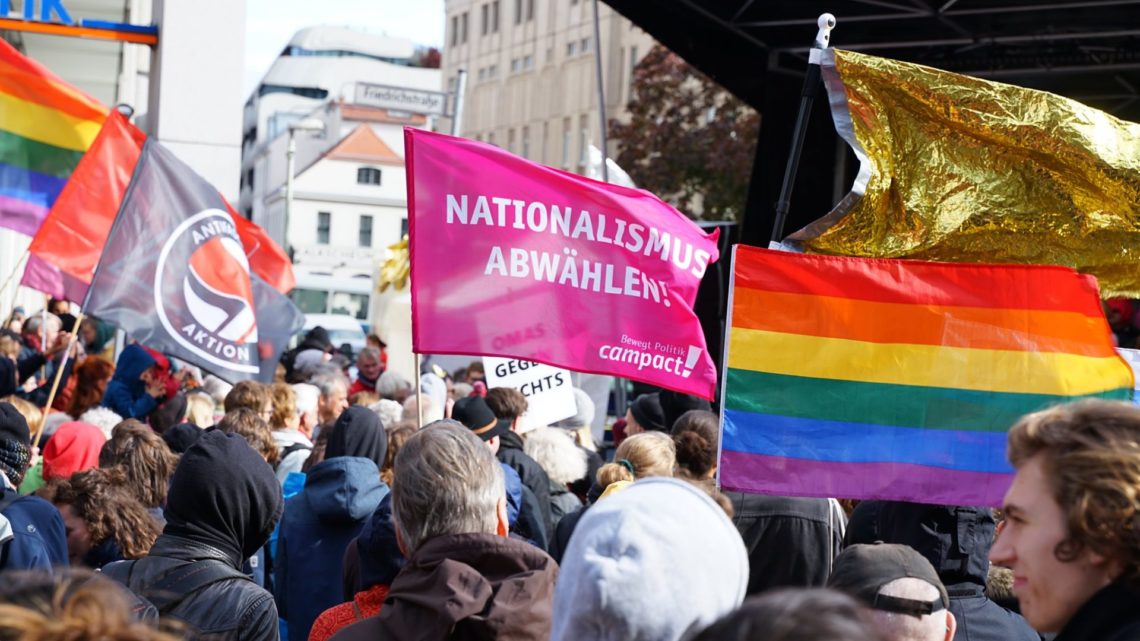 DRAMATURGY | PREPARING SCENES | ANTI-RIGHT WING DEMONSTRATION | DIE VERLOBUNG IN ST. DOMINGO The German Unity Day (october 3th) commemorates the anniversary of the German reunification in 1990 when the Federal Republic of Germany (West Germany) and the German Democratic Republic (East Germany) were unified. It is celebrated as a public holiday while our strong working theatre ensemble continued its work in process at the Deutsches Theater: Uta Plate and Birgit Lengers presented the dramaturgy of the play and rehearsed prepared scenes. A neighborhood initiative organized an anti-right wing demonstration, which we attended as participants, but also as investigators. In the evening we watched the play “Die Verlobung in St. Domingo”, directed by Sebastian Nübling at Maxim Gorki Theatre. Afterwards Jens Hilje, the co-director of Maxim Gorki Theatre, answered various questions about the play, politics and the agenda of the theatre itself.