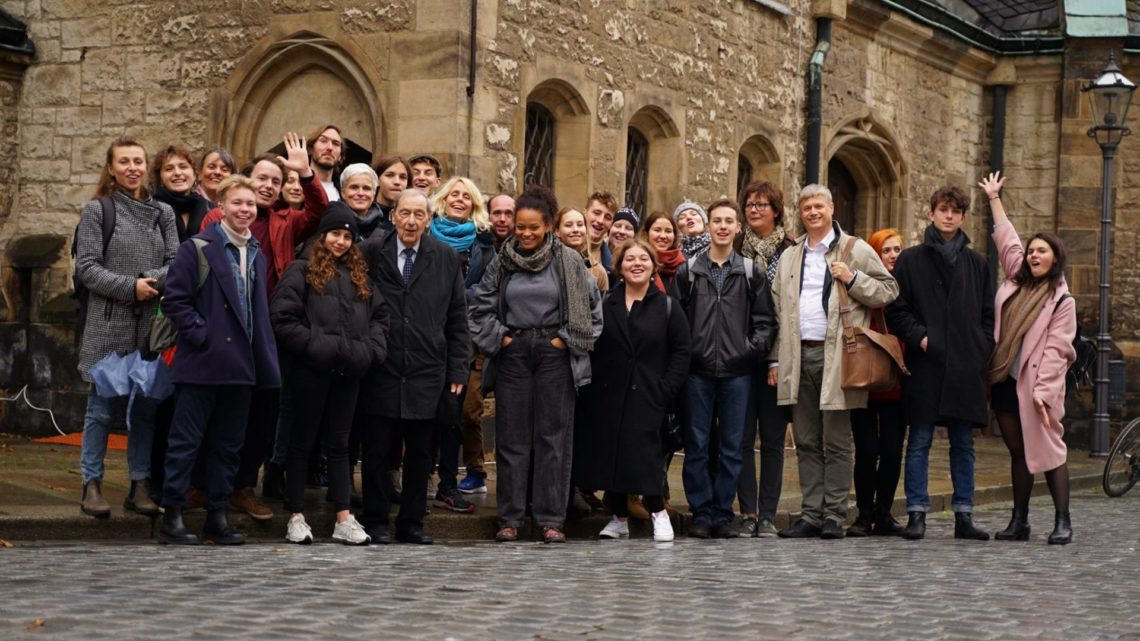 EXCURSION TO LEIPZIG We had a guided tour through the exhibition “Dictatorship and Democracy after 1945” at “Zeitgeschichtliches Forum” in Leipzig. Friedrich Magirius and Stephan Bickhardt gave an interview about the peaceful revolution in 1989 at Nikolaikirche, Leipzig. From 1982 until his retirement in 1995, Friedrich Magirius was Superintendent of the Leipzig-Ost church district and a pastor at Leipzig’s Nikolaikirche, where he had influence on the course of Leipzig’s Monday demonstrations and the 1989 revolution. Stephan Bickhardt is a German Evangelical Lutheran pastor. He was a representative of the civil rights movement in the GDR.